Difference between revisions of "Image Validation" 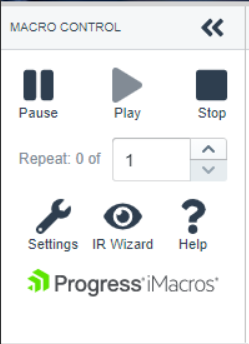 Powerful image validation support (sometimes also called visual search or pattern recognition) is not part of all iMacros editions (see Features Comparison). It adds two new, extremely powerful commands. The use of image validation is recommended if you need to test web sites with non-html based functions, such as Macromedia Flash (Shockwave) or Java applets. Unlike DirectScreen commands the IMAGESEARCH and IMAGECLICK commands do not rely on the coordinates of an element but on its visual appearance. Thus buttons and input boxes can be found even if they move around on the screen.

The Image Validation menu entries allow you to create and test input images for the new image validation commands.

Image Validation does not only work with "real" images, but also with text, buttons or any other element that is inside the web browser window! 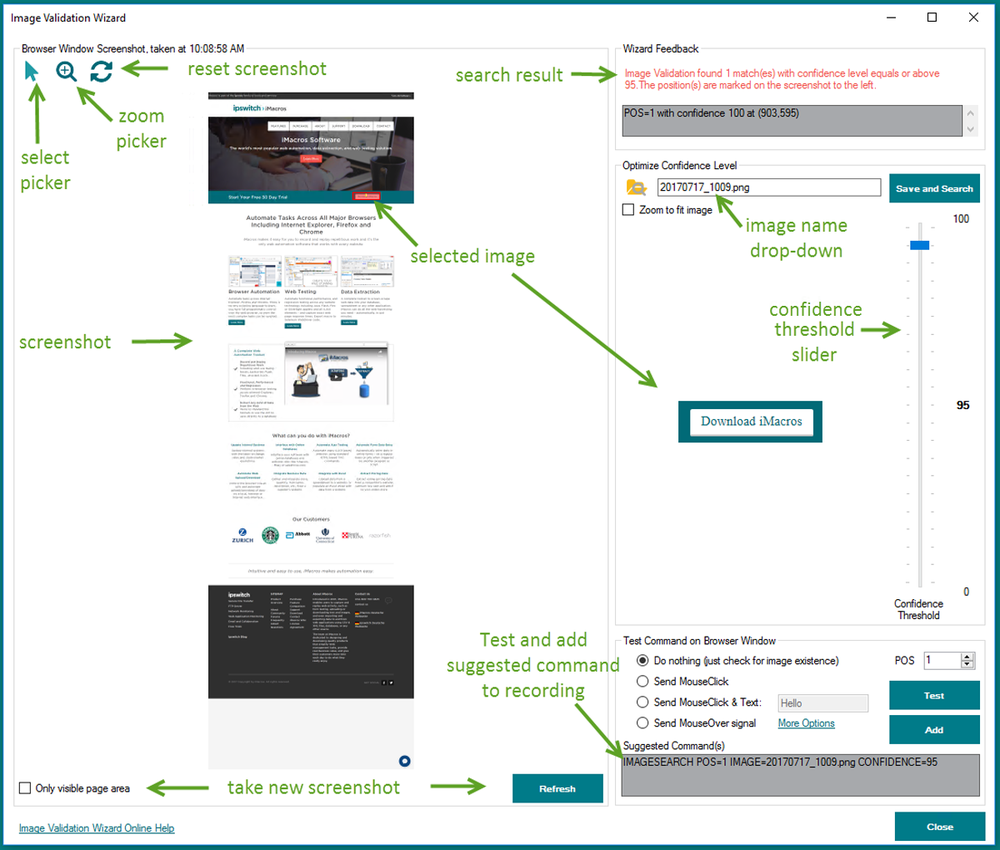 The commands IMAGESEARCH and IMAGECLICK are active after the Image Validation Plugin installation.